While doughnuts will be my perennial breakfast of choice, I normally don’t crave something sweet in the morning.  Sure I’ll have a drizzle of maple syrup or some honey spread on toast, but typically savory dominates my morning meal.  My go-to breakfast is some rendition of eggs and toast.  I’ll add avocado, swap in some good cheddar, go for a sweet potato bowl and if possible add bacon.  However, my biggest fear is getting sick of this tried and true combo, so every once and awhile I’ll deviate.

Like this morning.  I’ve always wanted to try a savory oatmeal, but have always stopped after adding in a pat of butter to the almost complete oatmeal.  But today I went for it.  The weather is feeling particularly fall-ish here in Vermont, and when laying in bed I went over the things I’d gotten at the store yesterday.  Some pumpkin, some good cheddar, some bacon…and the tastiest thing ensued.

While cooking up the bacon I simply followed the oatmeal instructions on the back of the box.  When the oats where nearly finished I added in some pumpkin and cheddar.  While they rested for a couple minutes a combined a some greek yogurt with a little bit of maple syrup and some thyme.  Then I threw it all in my latest kitchen purchase- a Le Creuset bowl meant for french onion soup but perfect for a pretty oatmeal bowl-took a classic foodie picture, and ate the whole thing in about 5 minutes.

And while I love a good doughnut, it doesn’t leave me feeling nearly as nourished as this bowl of oatmeal did.  I’ve got plenty of fall recipes up my favorite fleeced sleeve, so check back soon! 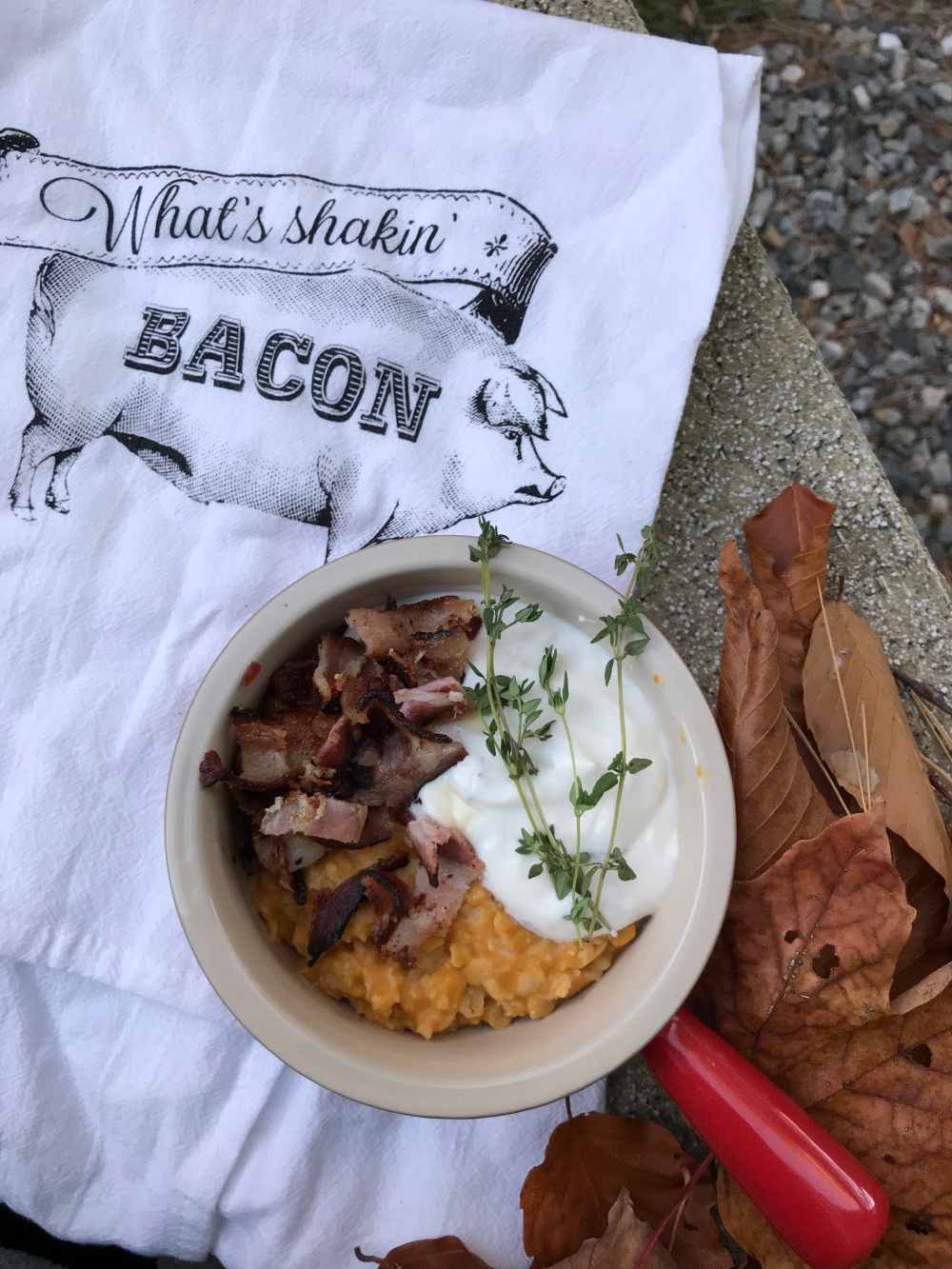